By Peter Franks8th October 2018 No Comments 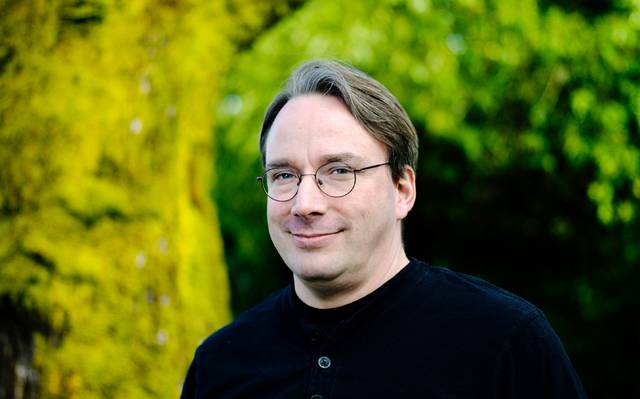 Linus Torvalds might not be a household name, but his impact on the modern world is undeniable. During his time at the University of Helsinki, between 1988 and 1996, Linus would invent what is now Linux, and spearhead the development of open source software as a popular and viable alternative to proprietary software.

Linux was originally developed for use on personal computers, but has seen a number of popular applications beyond the PC market. In fact today, adoption on desktop computers remains relatively low, with just over 2% of desktops using Linux, whilst it had become the operating system of choice on many mobile devices, servers and supercomputers.

The rise of Linux and Linux-based applications has also driven a lot of the recent surge in popularity of open-source software. So how did Linus, and the software that bears his name, rise from obscurity to such prominence?

In 1991, Linus Torvalds was a 21 year old Computer Science student at the University of Helsinki. Microsoft had long held a grip on the operating system market, with Unix (developed by AT&T) providing the only major rival product. In 1987, Professor Andrew Tanenbaum had created MINIX – a slimmed down version of Unix designed for use in the academic community. MINIX was only licensed to the academic community, and frustrated by the licensing restrictions, Linus sought to build his own operating system kernel, which would later become the Linux operating system that bears his name.

In 1994, the first version of the Linux operating system – unsurprisingly called Linux 1.0 – was launched. Over time, Linux also crucially played a key part in the rise of open-source software. Open-source software, which enabled users to study, change and distribute the software for free and at will, provided a revolutionary approach towards developing software compared to the traditional closed proprietary software model. Instead of software being developed in a centralised, secretive engineering department within a software business, software development would be decentralised and open to the community.

By encouraging open collaboration between different developers within the community, open source software products were able to be refined quickly by users, as well as being able to be modified and customised by the community for myriads of specific needs. Open-source software products were also much cheaper or often free for users, in stark contrast to the expensive license fees associated with proprietary software. With a responsive, community-led and bottom-up approach to software development, this enabled open-source developers to build software products that were often more secure, cheaper and faster than proprietary alternatives.

In 1996, Linux 2.0 was released, which enabled the Linux kernel to service multiple processors at once, making Linux a much more viable enterprise software product. Large companies were increasingly tired of being beholden to IBM, Sun Microsystems and DEC with their expensive, proprietary operating systems and began developing on the Linux platform instead.

At the core of Linux’s appeal is its flexibility. Strictly speaking, Linux is a kernel, not an operating system, with third party developers such as Red Hat or Ubuntu building full operating systems based off the Linux kernel. Linux can be what you want it to; it could drive a simple watch or a complex supercomputer. The open-source development model enabled Linux to create a vibrant development community around it that shared code with one another and drove a raft of improvements.  Today, over 8,000 different software engineers have developed and refined the Linux kernel. By contrast, a lot of proprietary software vendors were selling expensive, bloated and outdated products tied to expensive hardware. Linux would become the operating system of choice for servers, mainframes, supercomputers, computer appliances and embedded systems. The rise of the Android operating system, built on the Linux kernel, makes it a major force in the world of mobile technology.

Only desktop adoption has been relatively slow, perhaps simply because few users want to install a new operating system when buying a new computer. With Windows and iOS pre-installed on the overwhelming majority of devices, it has been the one area where Linux adoption has stumbled.

Linus Torvalds himself has proved an enduring guardian of Linux, being extremely hands-on in developing the Linux kernel and interacting with the broader community. Notoriously passionate and fiery, he would often send expletive laden emails to the developer community when he believed they had written software that wasn’t up to scratch.

In 2015 he remarked, ”I’m not a nice person, and I don’t care about you. I care about the technology and the kernel — that’s what’s important to me”. In the face of pressure from the community, tired of his aggressive approach, in 2018 he stepped back, realising his “flippant attacks in emails” to fellow Linux programmers and project contributors “have been both unprofessional and uncalled for. Especially at times when I made it personal … I know now this was not OK and I am truly sorry.”

Linus Torvalds bears a lot of the hallmarks of successful technology entrepreneurs – a visionary with immense passion for his product. He is without doubt one of the most influential innovators within the history of the software industry.