By Jolanta Senkova23rd October 2018 No Comments 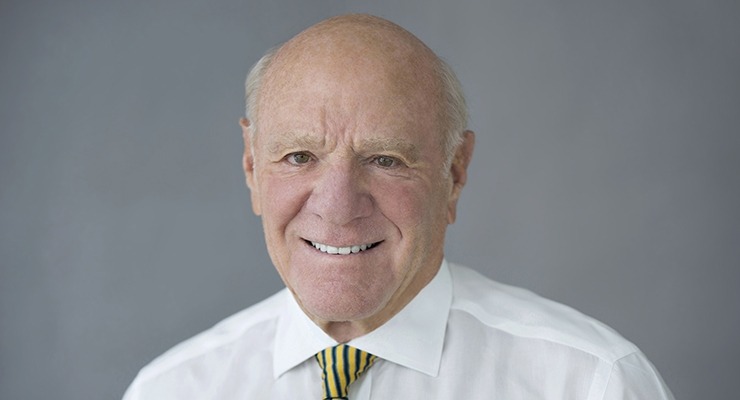 Barry Diller was one of the first businessmen who had a vision that digital commerce would revolutionise the world. The company he founded- InterActiveCorp or IAC would be both a pioneering investor and builder of early internet businesses as well as creating a host of well known businesses and brands that endure today. IAC brands have included Expedia, Hotels.com, Match.com, Ticketmaster, Citysearch, Lending Tree, Evite, Tinder, PlentyOfFish, Vimeo, Shoebuy.com,  ServiceMagic and more.

Barry Diller’s success was by no means inevitable and is a testament to his creativity and business acumen. As a UCLA dropout, Diller secured a job at the William Morris talent agency. Whilst his first role was a humble one working in mail room, it turned out to be more educational than his time at university. His long standing interest in the entertainment industry led him to read extensively about the business. “I literally read the file room from, you know, A to Z,” Diller says. “I read the entire history of the entertainment business.”

After moving to New York as an ABC employee, he was soon promoted to the role of Vice President of Development in 1965. Diller would forge an impressive entertainment career where he would rise to become the Chairman and CEO of Paramount Pictures in 1974, and would later become Chairman and CEO of Fox Inc in 1984.

Diller’s fascination with the internet started in 1990s when his wife, the prominent fashion designer Diane von Furstenberg,  was going to the home shopping cable channel to sell her designs. “And I was struck”, he said. “I’d never seen a television set used that way. All I’d known from television screens is telling stories,” Diller remembers. “I saw this interactivity, this primitive interactivity and this mix of computers and televisions and phones. And I thought, I don’t know. This seized my curiosity.”

Before the internet and e-commerce began mass market, Diller saw a future where most shopping would be done online. The idea of this brave new world fascinated Diller. And so he traded his glamorous life in Hollywood for acquiring and running the cable retail company QVC.

He would ultimately lose control of QVC, but this didn’t deter him, and he acquired QVC’s competitor, Home Shopping Network in 1997. This was also the time when the internet was rapidly gaining popularity and prominence. Through his internet conglomerate IAC, Diller would assemble through a combination of acquisitions and organic growth an impressive stable of internet properties including Expedia, Hotels.com, Match.com, Ticketmaster, Tinder, PlentyOfFish and ServiceMagic, as well as many others. In the words of Diller: “IAC is brand by brand by brand by brand. We are an endlessly multi-product company. Endlessly. So, Google is Google. Googling. Googled. All of that,” Diller says. “You know, one-product companies will be known by their one product.” Diller has been expanding IAC beyond e-commerce, buying and creating interactive entertainment and content sites. For example, he has bought CollegeHumor.com, a comedy site for young men, and his companies are also developing their own original content in videos, advice, and information.

Diller has reportedly earned a personal fortune of well over a billion dollars. Currently his net worth is estimated at over 3.5 billion USD.

Asked what his wife Diane thinks drivers her husband, von Furstenberg tells, “What drives him is the vision. It’s definitely not the money. He has a vision, and he’s not quite sure what it is. You know, and then he kind of fakes it until he makes it.”

Whilst Diller and Von Furstenberg are modest about their successes, Diller has shown the Midas touch in nearly every business he has operated or invested in. A true pioneer he has been instrumental in building many of the companies and online sectors that we enjoy using and take for granted today. There have been few entrepreneurs who have had as much influence on the creation and evolution of the online travel and dating sectors as Barry Diller.