The Largest Tech Deals of 2020

By Jolanta Senkova11th December 2020 No Comments 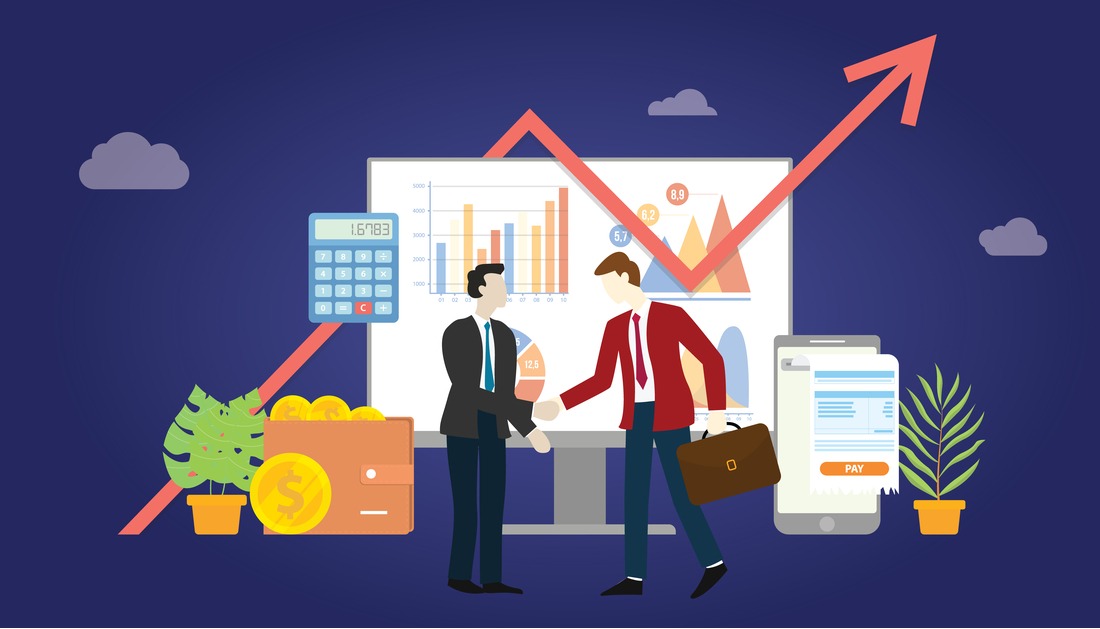 A summary of some of the largest, and most notable deals for internet and software companies during 2020:

Amazon announced that it is acquiring the self-driving vehicle company Zoox for a reported $1.2 billion in June. Founded in California 2014, Zoox was planning on launching a pilot programme for its ride-sharing service this year but has had to put those plans on ice due to the coronavirus pandemic.

Ride hailing giant Uber agreed to acquire food delivery business Postmates in July, in a $2.65 billion all-stock takeover. The deal will bring together two of the biggest food delivery companies in the US and will bolster Uber’s own Eats brand.

Facebook announced on 15 May that it was to buy Giphy, the popular searchable library for movable images, or gifs. The product and team will be rolled into the Instagram division of the social media giant. The price for the acquisition was pegged at $400 million by Axios.

American investment bank Morgan Stanley made a big acquisition in February, picking up online brokerage ETrade for $13 billion. Founded in 1982 and based in Silicon Valley, ETrade specialises in electronic trading of financial instruments, from common stocks to exchange-traded funds (ETFs).

Epic Games announced the acquisition of SuperAwesome, a pioneer in the “kid tech” market that provides children with safe digital experiences and age-appropriate advertising. Terms of the deal were not disclosed.

Salesforce completed the biggest software acquisition of the year so far, acquiring Slack for $27.7 billion in stock and cash. The deal brings together two SaaS giants, with Slack seeing explosive growth since its founding in 2009.

Adobe announced the acquisition of project management tool Workfront for $1.5 billion at the start of November. Utah-based Workfront is a task management and collaboration tool that operates in a highly competitive space alongside the likes of Microsoft and others.

Cloud communications specialist Twilio made an acquisition in October, picking up customer data platform Segment for $3.2 billion in an all-stock deal. Both San Francisco-based companies specialize in application programming interfaces (APIs) that make collecting and consolidating customer data (Segment) and communicating via digital channels (Twilio) easier than building this functionality from scratch.

In September, Progress Software announced it was acquiring the infrastructure-as-code pioneer Chef for $220 million in cash. The price tag shows that Chef has had a hard time maintaining its early momentum in the highly competitive open source DevOps tooling space.

SUSE, an enterprise Linux specialist, is doubling down on Kubernetes with the July acquisition of Rancher, for an undisclosed amount. The Cupertino-based company has built a popular open source Kubernetes container management platform, with customers like Sky, Sony Playstation and Deutsche Bahn.

Mastercard announced in June that it is acquiring Finicity for $825 million. The Utah-based fintech specialises in open banking where consumers are given greater control of their finances by leveraging secure APIs to connect their bank account to other fintech services and make quick payments, without using traditional middle men, like Mastercard.

Cisco announced its intention to acquire network intelligence specialist ThousandEyes in May for an undisclosed amount. San Francisco-based ThousandEyes sells cloud-based analytics tools for the internet, local and wide-area networks

Microsoft announced the acquisition of UK-based provider of robotic process automation software Softomotive in May for an undisclosed amount. Softomotive’s talent and technology – specifically its desktop automation tool WinAutomation – will be folded into Microsoft’s Power Automate platform.

Virtualisation specialist VMware announced its intention to acquire Octarine for an undisclosed amount in May. The California-based startup specialises in securing applications running on the popular open source Kubernetes container orchestration platform.

Zoom announced the acquisition of secure messaging specialist Keybase in May for an undisclosed amount. Keybase specialises in end-to-end encryption, a cryptography method which ensures that communications are encrypted at each end of the line.

Microsoft announced the acquisition of the UK-based firm Metaswitch Networks in May for an undisclosed amount. This marks another move into the nascent 5G market by Microsoft, as Metaswitch specialises in virtualised, cloud-based communications software

Swedish cloud communications company Sinch picked up SAP’s mobile unit SAP Digital Interconnect for £198 million in cash in May. Sinch is similar to the US company Twilio in that it offers a suite of embedded communications options for messaging, voice and video via a set of APIs.

Intel confirmed that it is acquiring Israeli mobility data specialist and journey planner app Moovit on 4 May for $900 million. Founded in Tel Aviv in 2012, Moovit provides real-time traffic data to third parties like ride-hailing services and transit authorities through its popular mobile app.

SoftBank-backed SoFi announced in April that it plans to buy Utah-based payments firm Galileo for $1.2 billion in stock and cash. Galileo powers payments for various other fintech firms, such as stock trading app Robinhood and London-based money transfer service TransferWise.

Microsoft announced that it is acquiring the Boston-based Affirmed Networks for an undisclosed amount in March. The 2010-founded company specialises in virtualisation and cloud-based mobile network technology.

E-signature specialist DocuSign announced it is acquiring Seal Software for $188 million in cash. Seal, which is based in northern California, has built machine learning-enabled analytics software specifically for contracts, allowing organisations to search through large volumes of agreements by legal concepts, instead of keywords.

US software maker Intuit announced its intention to acquire fellow Silicon Valley-native company and rival Credit Karma in a $7.1 billion deal in February. Credit Karma offers one of the few alternative free, digital tax-filing solutions on the market.

CRM giant Salesforce made its first acquisition of 2020 in February, picking up the San Francisco-based company Vlocity for $1.33 billion. Vlocity specialises in building industry-specific CRMs on top of Salesforce for companies in the media, financial services, health, energy and utilities sectors, as well as public sector and nonprofits.

ServiceNow is acquired Israeli startup Loom Systems for an undisclosed amount. The SaaS giant is looking to deliver on the promise of AIOps, a model of IT where artificial intelligence techniques are leveraged to help predict and prevent issues from occurring, instead of reacting to service desk requests.

Apple acquired Seattle-based Xnor.ai for a reported $200 million in January. The startup specialises in machine learning and image recognition algorithms and techniques which work locally on the device.

Google Cloud announced the acquisition of AppSheet in January for an undisclosed amount. The Seattle-based startup specialises in no code software development, allowing customers to build simple business applications without having to know how to write code.

Payments giant Visa announced that it will be acquiring the fintech startup Plaid for $5.3 billion in cash. The San Francisco-based startup has built what is essentially an identity layer which can seamlessly link together customer’s bank accounts with popular fintech apps like TransferWise or Venmo via a set of secure APIs.

Amdocs completed the acquisition of Openet for $180 million, a provider of 5G charging, policy and cloud technologies.

Marvell Technology announced its acquisition of Inphi in a $10 billion cash-and-stock deal. Inphi specializes in optical-networking chips, which are most commonly used in cloud data centres and by telcos to power their 5G networking infrastructure.

AMD announced it would acquire Xilinx in a $35 billion all-stock deal. Xilinx specializes in programmable processors aimed at high-performance use cases like video file compression and digital encryption.

Hewlett Packard Enterprise made a big commitment to the SD-WAN (software-defined networking in a wide area network) market in July when it announced its intention to buy Silver Peak for $925 million. Founded in 2004, Silver Peak specialises in WAN technology and will join HPE’s networking brand Aruba.

Chipmaker Nvidia confirmed the planned acquisition of UK-based chip designer Arm in September for $40 billion in a combined stock-and-cash deal. Based in Cambridge, Arm designs chips for companies such as Nvidia and its rivals to manufacture.

Microsoft announced the acquisition of Israeli IoT security specialists CyberX in June for an undisclosed amount. Founded in 2013, CyberX allows customers to manage and improve the security of their IoT assets, be that a set of autonomous robots on a factory floor, to a fleet of consumer-facing smart doorbells.

Chipmaker NVIDIA made two acquisitions in close succession: Cumulus Networks for an undisclosed amount on 4 May and cloud-network switch and adapter vendor Mellanox, which was announced on 27 April in a $6.9 billion deal. Cumulus specialises in a Linux-based network operating system for large data-centre, cloud and enterprise environments. Mellanox specialises in networking hardware and software for large cloud and enterprise data centres, including high-speed interconnectivity for high-performance computing.

Taxfix raised $65 million from Index Ventures. It is a mobile app that simplifies tax filing.

Cazoo, the online car retailer, raised $30 million in a round led by Draper Esprit with participation by General Catalyst and DMG Ventures.

Digital lender Selina Finance completed a £42 million Series A fundraise. The funding includes £12 million in equity and £30 million in debt lines. The equity funding was raised from a range of fintech investors including Picus Capital, Global Founders Capital and others.

Catawiki, a curated online marketplace for special objects, secured a €150 million investment, led by Permira. With this funding round, in which existing shareholder Accel also participated, Catawiki aims to grow its user base by investing in technology, marketing and hiring more experts across Europe.

French startup Ankorstore raised a $29.9 million Series A round with Index Ventures leading the round. It is a wholesale marketplace that connects independent shop owners with brands selling household supplies.

Berlin-based Choco, a platform to connect restaurants to their food supply chain, raised a $30.2 million Series A led by Coatue Management.

Payment service provider Mollie closed $100 million in its Series B funding round, taking the total amount raised by the company to $137 million. The round was led by TCV, one of the largest growth equity investors focused on the technology industry.

Hg acquired a majority stake in France-based legal software business Septeo Group. The terms of the transaction are not disclosed.

In February 2020, Atomico raised its fifth and largest fund of $820 million.

London-based Dawn Capital raised its fourth and largest fund to date at $400 million to back enterprise software companies.

Point Nine Capital, headquartered in Berlin, raised its fifth seed fund of $100 million to back B2B SaaS and marketplace companies.

In December 2020, Highland Europe announced that it had raised a new fund of €700m

UCL Technology Fund closed a £100 million in Fund 2 to take academic research from proof of concept to commercialisation. The new fund is managed by AlbionVC in collaboration with UCL Business Ltd.

PE firm Bain Capital raised a $800m impact fund with a view to investing between $25m and $75m in each deal.

Portobello Capital raised a €350m fund for investment in the secondary market.