By Jolanta Senkova21st January 2019 No Comments 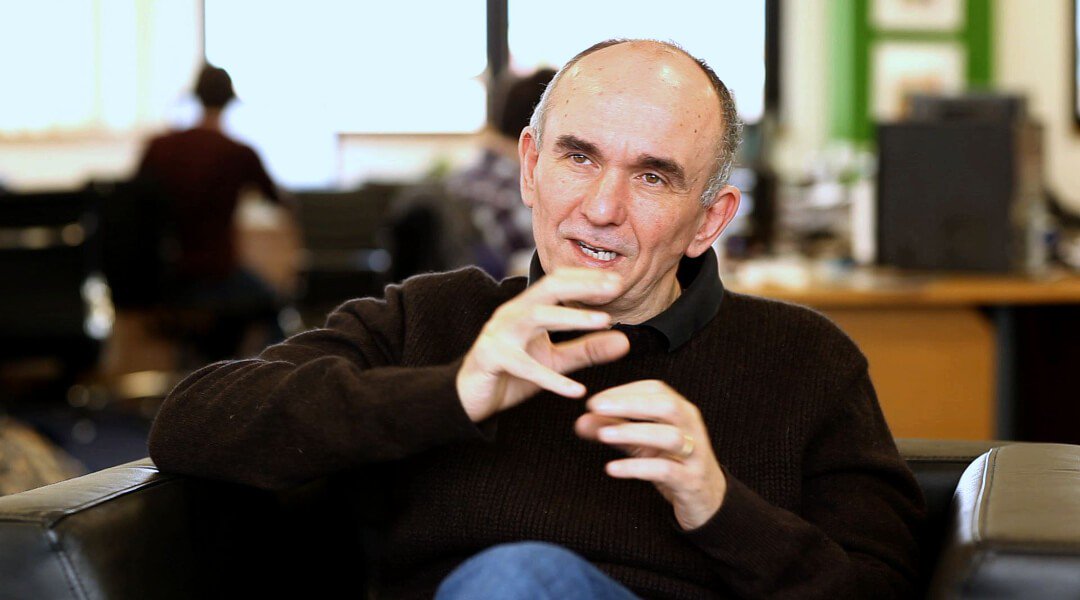 Peter Molyneux is a legendary British game designer and programmer, who became one of the most prolific and well-known game designer on the planet during the 1990s and 2000s. Known for his creativity in devising and building new game genres, some of his games are amongst the most influential and beloved in the history of the industry.Peter Molyneux’s career in the games industry began in 1982 when he founded a company selling floppy discs. He would shortly move into designing games, and his first effort –  The Entrepreneur – was purely text based and was not particularly successful. It had only sold two copies in total, and the rumour is that his mother ordered one of them to show her support for Peter. Other early efforts included Druid, Fusion and Dragon’s Breath. These were the humble beginnings of his career, when no one anticipated him becoming the giant he is today.

In 1987 Molyneux decided to found Bullfrog Productions, and it was here that he made his name. One of his first games at Bullfrog was Populous. In Populous, the player would play the role of a god – shaping terrain, the weather and communities of the human settlements within the game. Playing a god – and influencing rather than directly controlling the human protagonists in the game – was a highly innovative idea, and Populous was one of the first strategy games to offer real depth to the consumer.  Molyneux would later build on this idea with further god games, and other innovative IPs later in his career.

Theme Park, a simulation game where players would manage every aspect of running a theme park from designing rides to hiring staff, was another highly innovative game and hit for Molyneux at Bullfrog. Many of Molyneux’s games contained interesting humour which played out through the game mechanics – in Theme Park, if you put more salt on the french fries your fast food outlets sold, your theme park customers would buy more soft drinks, and if you put more caffeine in the drinks, they would move round your park faster. 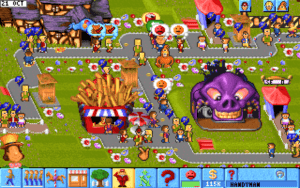 One of Molyneux’s most innovative games of the 1990s was Dungeon Keeper. Flipping gaming convention upside down by casting the player as “the bad guy” –  an evil tyrant – crafting an evil lair in which you can trap and kill do-gooder enemies who enter your hallways looking to save the world. As well as having a highly innovative premise, Dungeon Keeper successfully blended a simulation game with a very early example of a “tower defence” mechanic – where you have to protect your “base” from hordes of enemies. It remains one of the most beloved PC games of the 1990s. 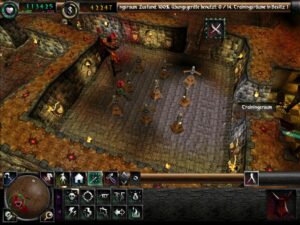 Despite his critical and commercial success with the studio, in 1997 Molyneux left Bullfrog. The company had been bought by EA (often a death knell for the creativity of independent studios) and it had rapidly increased in size whilst the games had rapidly decreased in quality. EA’s approach to game production with a much higher working flow didn’t suit Peter at all. Without completing game sequels of Dungeon Keeper 2 and Theme Park World, he left the company and founded his third company – Lionhead Studios that would focus on innovation and game design that other games companies didn’t dare to try.

Molyneux would build on some of his earlier god games with Black and White. After three years in the making, Molyneux’s game managed to live up to the extremely high expectations. It is a massive game about lofty concepts such as gods and miracles, but at the same time manages to be funny. Black & White is clearly the result of labour and love of Molyneux and his team at Lionhead Studios.

In Black and White, the player plays a god, depicted throughout the game merely as a disembodied hand, and your object is to gain the worship of villages throughout the world. You have complete control over the 3D perspective of the game and complete control over more or less everything else in the world. Black and White offered the player a series of “good” or “evil” moral choices throughout the game, which in turn affected how the broader game played out. The behaviour of characters would change depending on how they had been treated by you in the game. This was highly original, as previously games had led players down a very linear path, rather than giving them the ability to much more fundamentally shape the nature of their story through their actions. 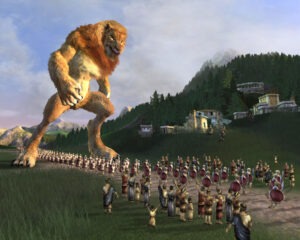 Molyneux’s later games Fable and Fable 2, would build on the god themes of Populous and Black and White and again offer the player “good” or “evil” choices. In 2006, Microsoft acquired Lionhead Studios, and again Molyneux wouldn’t enjoy working in a bigger company environment, leaving Microsoft in 2012. Today, he is the founder of games studio 22Cans, who are developing another god game called Godus.

From the 1990s to the late noughties, Peter Molyneux was a game designer who not only had the commercial Midas touch, but one who innovated and reinvented game concepts to create some of the most enduring and popular games of the era. Many of his games enable the player to have god-like powers, and to decide between “good” and “bad” moral choices. Players weren’t forced to be the good guy – rather they could behave as they wished and their moral actions influenced the characters in the world around them.