By Jolanta Senkova5th November 2018 No Comments 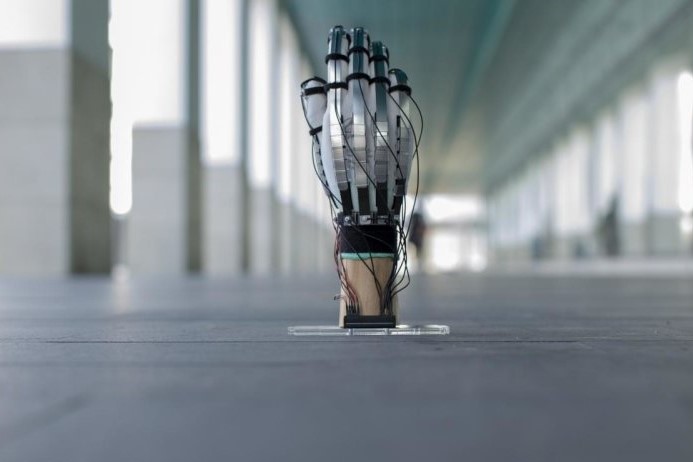 The new MacBook Air is getting a Retina display. It has a 13.3” screen, with a slimmer bezel. It has a TouchID fingerprint sensor near the upper-right corner of the keyboard. Apple says the bodies of the new MacBook Airs are made of 100% recycled aluminium.

“The E-scooter market is highly dynamic and the interest from users is booming in a lot of international cities,” MyTaxi CEO Eckart Diepenhorst said in a statement. “We see a significant growth potential for MyTaxi here and a perfect complement to our existing taxi business as E-scooters are mostly used for short tours of around one to two kilometres. Although ride lengths strongly vary between taxi and scooter business, we think about potential combinations of both areas.”

Robots will be delivering mail in Norway

Norwegian postal service Posten has just signed a partnership with San Francisco start-up called Buddy Mobility to provide a robot that literally delivers your mail to your door. The robots will send recipients a notification through an app, so you can walk up and pick up your mail. After, the Posten robot will be back on its way to the post office for a recharge.

This robot moves at 6km per hour and can deliver 100 parcels per day.

According to Buddy Mobility’s official webpage, this partnership will provide Posten with “cost savings to offset revenue losses” and will “dramatically” decrease mail volumes.

Apple’s newest MacBooks include a new feature that makes it more difficult for hackers or spies to eavesdrop on your microphone.

The new T2 security chip helps to protect MacBook’s encryption keys, storage, fingerprint data and secure boot features. The chip comes with a hardware microphone disconnect feature that physically cuts the device’s microphone from the rest of the hardware whenever the lid is closed.

Engineers and software developers around the world are creating technology that allows users to touch, grasp and manipulate virtual objects, while feeling like they are actually touching something in the real world. A new lightweight haptic glove that weights under 8 grams per finger, can generate up to 40 Newtons of holding force on each finger with only 200 Volts.

DextrES glove is made of nylon with thin elastic metal strips running over fingers. The strips are separated by a thin insulator.

“The human sensory system is highly developed and highly complex. We have many different kinds of receptors at a very high density in the joints of our fingers and embedded in the skin. As a result, rendering realistic feedback when interacting with virtual objects is a very demanding problem and is currently unsolved. Our work goes one step in this direction, focusing particularly on kinesthetic feedback,” says Otmar Hilliges, Head of the Advanced Interactive Technologies Lab at ETH Zurich.

Royole could be the first company to release a foldable smartphone

Royole Corporation plans to release FlexPai, a tablet-sized phone that can be bent into a shape of the size of a small paperback book.

The device features a Snapdragon 8-series chipset and ITHome, with equipped 6GB of RAM.

The starting price of the device will be around $1,290.