By Jolanta Senkova8th August 2018 No Comments 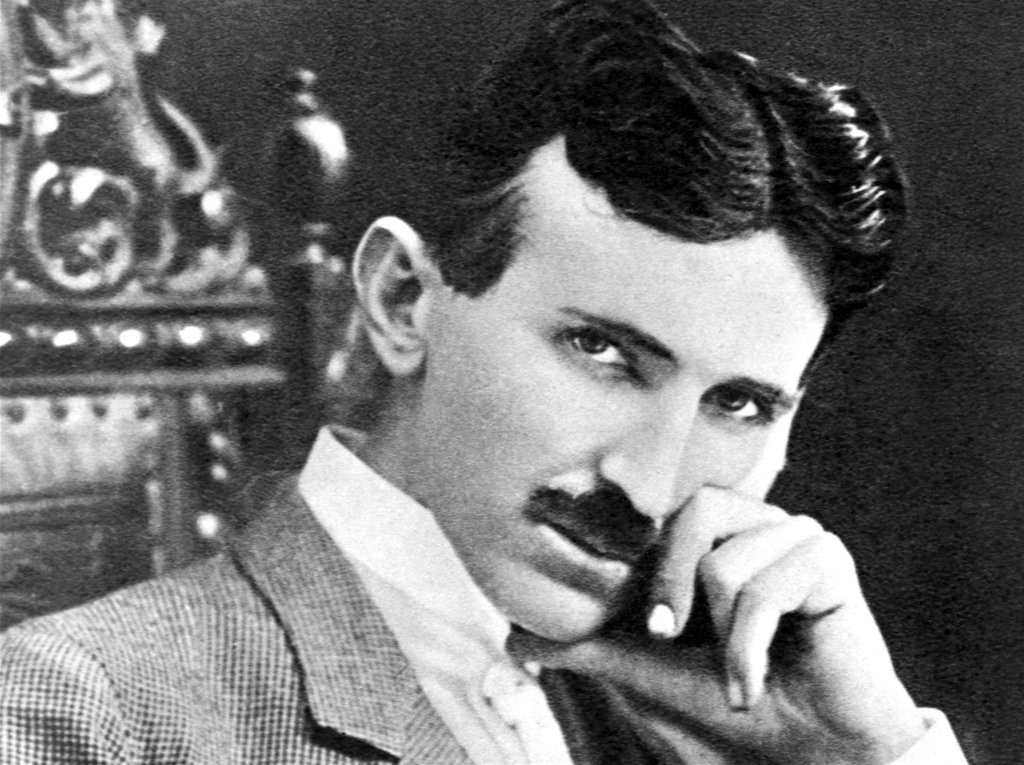 Nicola Tesla is one of the most influential technologists of all time, who was a true visionary and far ahead of many of his contemporaries in the field of scientific development.

Some of Tesla’s major contributions to science include:

Nikola Tesla was born in modern-day Croatia on a summer night in 1856 in the middle of a violent storm – legend has it that the midwife commented, “He will be a child of the storm”, with his mother replying, “No, of the light”. Tesla was an extremely talented student – demonstrating an exceptional ability to calculate mathematical problems. He was so proficient at mathematics, many of his teachers at school wrongly believed that he was cheating. As a teenager, Tesla fell ill, recovering only when his father agreed that he could attend engineering school instead of becoming a priest. Tesla’s love for mathematics and science would not be denied.

In time, Tesla left engineering school to work for the Continental Edison Company, where he focused on building electrical lighting and motors. Tesla immigrated to the US in 1884 to pursue his goal of meeting Edison himself, where eventually he was offered the sum of $50,000 if he could improve upon the DC electricity generation plants that Edison favoured. Within a few months, Tesla informed the American inventor that he had indeed improved upon Edison’s motors. Edison, Tesla noted, refused to pay up. “When you become a full-fledged American, you will appreciate an American joke,” Edison told him.

Tesla then developed a relationship with two businessmen that would lead to the founding of Tesla Electric Lights and Manufacturing. When his business partners decided they wanted to focus strictly on supplying electricity, they took the company’s intellectual property and founded another firm, leaving Tesla with nothing. As the result, Tesla then worked as a ditch digger for $2 a day, tortured by the sense that his great talent and education were going to waste.

Nevertheless, the word got out that Tesla’s AC motor was worth investing in, and the Western Union Company put Tesla to work in a lab not far from Edison’s office, where he designed AC power systems that are still used around the world today. “The motors I built there were exactly as I imagined them”, said Tesla, “I made no attempt to improve the design, but merely reproduced the pictures and they appeared to my vision, and the operation was always as I expected.”

Tesla patented his AC motors and power systems, which were widely recognised at the time to be the most valuable inventions since the telephone. George Westinghouse recognized that Tesla’s designs might be just what he needed in his effort to unseat Edison’s DC current, and licensed his patents for $60,000 in stocks, cash and royalties, based on how much electricity Westinghouse could sell. Ultimately, he would win the ‘War of the Currents’.

In addition, Tesla also discovered that these coils, soon to he called ‘Tesla Coils’, made it possible to send and receive radio signals. He quickly filed for American patents in 1897, beating the Italian inventor Guglielmo Marconi to the punch. Tesla was able to demonstrate that radio signals could be an effective means of communication, leading to both consumers listening to radio and a number of other practical applications.

After his return to New York in 1900, Tesla began construction in Long Island of a wireless world broadcasting tower, with $150,000 of capital from the American financier J.P. Morgan. He wanted to provide worldwide communications and to create facilities for sending pictures, messages, weather warnings, and stock reports. However, the project was abandoned because of a financial panic, labour troubles, and Morgan’s withdrawal of support. It was Tesla’s greatest defeat.

Tesla’s work then shifted to turbines and other projects. Due to the lack of funds, his ideas remained in his notebooks, which are still examined by enthusiasts today. Nevertheless, Tesla was the recipient of the Edison Medal in 1917, the highest honour that the American Institute of Electrical Engineers could bestow.

Starting from 1912, Tesla began to withdraw from the world whilst showing signs of obsessive-compulsive disorder and was potentially a high-functioning autist. He became obsessed with cleanliness and fixated on the number three; he began shaking hands with people and washing his hands obsessively – all done in sets of three. He claimed to have an abnormal sensitivity to sounds, as well as claiming he had an unusually acute sense of sight. Near the end of his life, Tesla became fixated on pigeons, especially a white female bird, which he claimed to love almost as one would love another human being. One night he claimed the white pigeon visited him through an open window at his hotel. The pigeon died in his arms, and the inventor claimed that in that moment, he knew that he had finished his life’s work.

Overall, Tesla’s contribution to science is immense. Firstly, Tesla was the first person to validate the practicability of alternating current, in contrast to direct current which flows only in a constant direction. DC is similar to a battery, in that it only sends power out. The problem with DC is that the electricity loses power as it gets further away from the point of transmission. Tesla’s contribution to developing AC made it much more feasible to send large amounts of energy over a geographically dispersed area. The invention of the induction motor paved the way for the AC electric grid and ultimately electrification and everything that electricity has brought to the modern world. Tesla’s AC motor led to many household items like fans, refrigerators, washing machines and more.

In addition, Tesla’s contributions to radio technology enabled key modern technologies such as mobile phones and television. Thanks to Tesla’s advances we are now able to see and hear each other perfectly as if we were face to face, despite intervening distances thousands of miles.

Tesla’s personal life was undoubtedly difficult and tragic at times, but his lasting contribution to the modern world makes him truly a technology pioneer.

Jolanta Senkova is a Consultant with Neon River and specialises in working with internet, software and broader technology companies.