By Peter Franks18th September 2017 No Comments 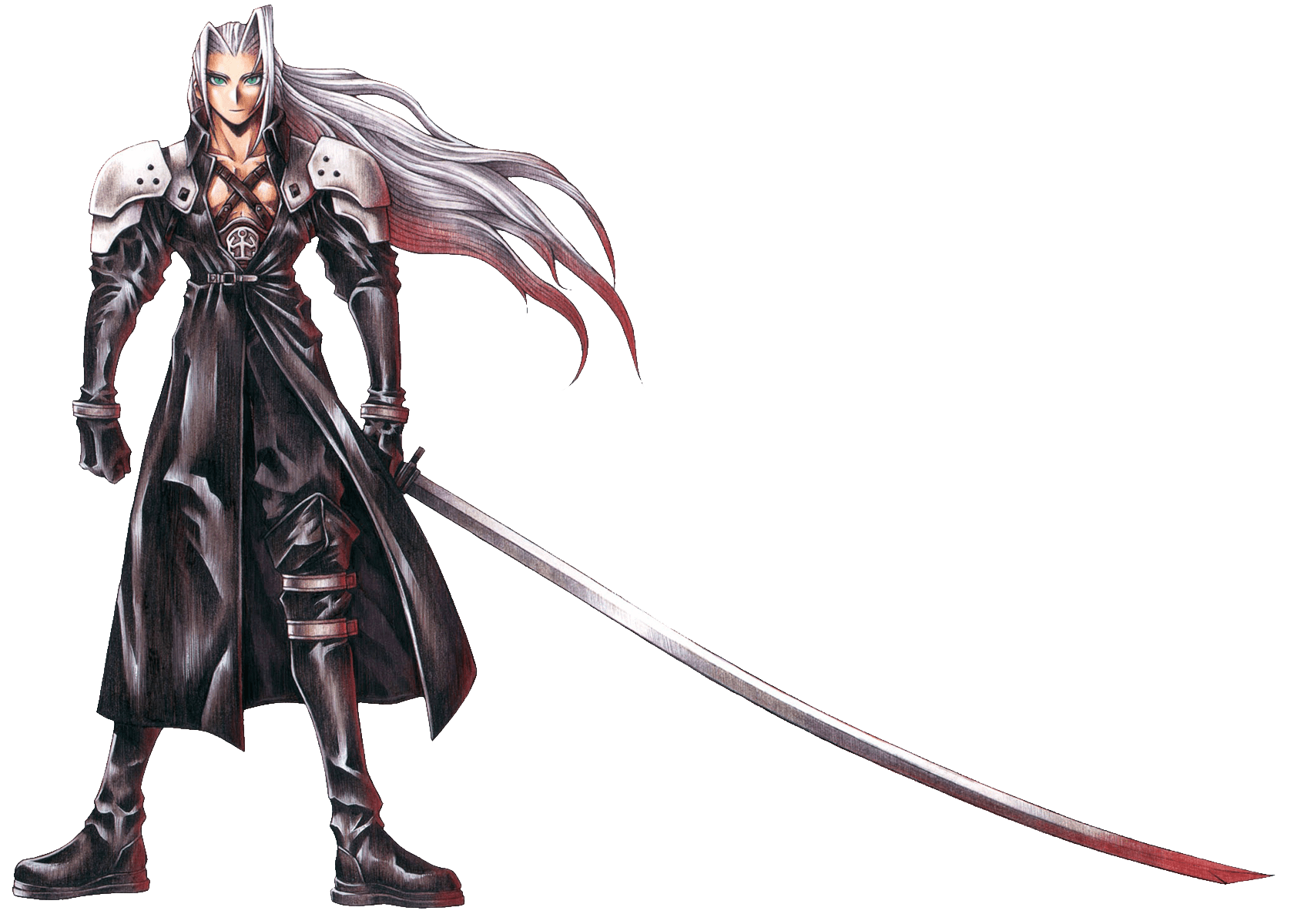 The games industry is already big business. But how might it change in the next few years?

The two poster children of the mobile games industry, King and Supercell have achieved phenomenal success, with King being acquired by Activision Blizzard for $5.9bn in 2016, and Tencent investing in Supercell in 2016 in a deal valuing the business at $8.6bn.

The UK games industry is relatively mature in the sense that the number of gamers is unlikely to increase significantly over the next few years. However the way in which British consumers and others around the world are playing games is likely to continue evolving rapidly.

The UK games industry was the 5th largest in the world in 2016, with £4.33bn in revenues, an increase of just 1.2% on the year before. PC and console games sales are declining in the UK, offsetting growth from mobile and other platforms. The UK has 32.4 million gamers out of a total population of 65.6 million – or in other words – 49.4% of the UK population are gamers.

By contrast, the largest market for games in the world is China – with Chinese consumers spending $24.4bn on games in 2016. China boasts 560 million gamers – 40.6% of their population.

Whilst the Chinese games market is huge and still developing, it is much more mature than those found in other countries. Tencent is one of the global powerhouses of the games industry and is highly acquisitive. India, for example, generated just $523m in games revenues in 2016, representing just 1.6% of the global market. As smartphone and tablet penetration rises, along with GDP per capita, one would expect this figure to increase dramatically.

It is unsurprising therefore that many analysts see Asia as providing the strongest source of growth for the games industry over the next few years. 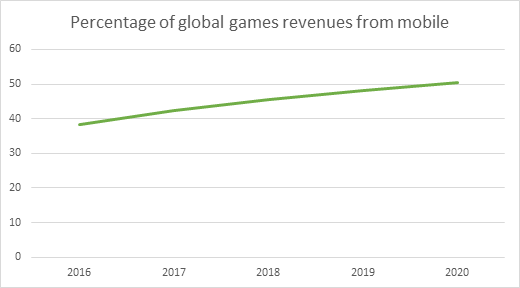 It isn’t particularly surprising that the mobile games segment is increasing as a proportion of the overall gaming market – and is due to hit 50% of overall global games revenues by 2020. 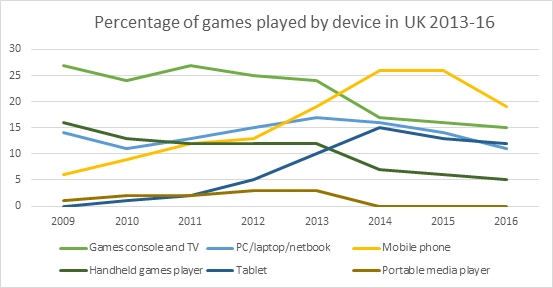 As we can see from the chart above, games on mobile devices (handsets and tablets) form the largest proportion of the market, with console and PC games in second and third place respectively. In the UK, in 2013, mobile became the most popular platform, but interestingly since then the gap between mobile and PC / console games use has shrunk. Why could that be?

A key theme of the last five years or so in the games industry is the rise in popularity of mobile games. With smartphones and tablets gaining increasing adoption, the financial barriers to “becoming a gamer” became much lower. Previously, one typically would have needed a dedicated gaming console or high-end gaming PC to play games. Now with the proliferation of smart phones and tablets, as well as the widespread availability of “free-to-play” games on mobile devices, the cost of trying a new game is much less than before.

Across most age demographics, the percentage of the population playing mobile games peaked in 2014 and 15 – indicating that the UK mobile games market may be already quite mature. Certainly some of the initial hype around the mobile games and free-to-play games in particular, amplified by the huge successes of King and Supercell, appears to have died down somewhat.

The graph above further illustrates this point; the proportion of gamers in the UK playing only free-to-play games has declined from its peak in 2015. Instead, consumers are spending relatively more time playing paid games compared to a few years ago.

There is a persuasive argument that whilst free-to-play games offer a low-risk entry point to the world of games, sometimes they offer a less satisfying gaming experience to more experienced gamers. Relying on virtual good sales to create strong revenues, free-to-play games often employ clever game design to help monetise users, but although effective, these tactics can frustrate users very quickly.

Advanced players on Clash of Clans, for example, will often have to wait weeks for an upgraded building to be completed. Whilst this creates incentives to pay, it can also be ruinous to the enjoyment of the gaming experience.

Two hot trends in games right now are Virtual Reality (VR) and cloud gaming. VR first rose to prominence in the world of gaming in the early 1990s, and whilst that proved a false dawn, there are many strong reasons to believe that VR gaming will prove much more popular this time. The creation of high quality hardware – such as the Oculus Rift and HTC’s Vive – provide an effective platform for game developers.

As the market matures – VR software sales should outstrip VR hardware sales by 2020. Cloud gaming is another powerful yet nascent idea. As internet speeds become increasingly fast, the need to have local hardware is significantly diminished. With mass-market online providers of music content like Spotify, and movies like Netflix and Amazon, there seems to be a strong longer-term opportunity to offer consumers games streamed over the internet in a similar fashion. This market for “Games as a Service” (GaaS) is young but high potential – and is estimated to reach $1bn in revenues by 2019.

Time will tell how the games industry changes, but we would expect: